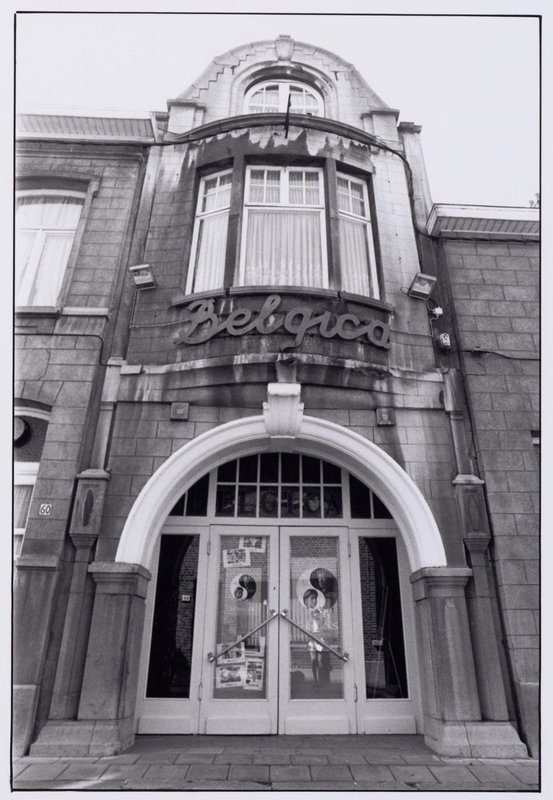 The Cinema Belgica in Lier was built around 1912. Colloquially known as 'de Speutter', the venue was situated at the edge of the city center and was loved by the working class. After renovations in the 1950s and 1992, the cinema closed in 2010 and was redeveloped into apartments. Source: Archief Lier & Erfgoedcel Kempens Karakter.

Belgium used to be a cinephile’s paradise. Its cities were teeming with cinemas that offered a dazzling selection of films. Most Belgians were crazy about film and went to the movies on a weekly basis. Many of those venues have since disappeared or now serve a different purpose. If one looks carefully in cities such as Ghent, Antwerp, or Brussels, one can still find traces of these cinemas in the façades of old buildings or flashy names summoning a glorious cinephile past.

This rich legacy of cinemagoing lies at the heart of Cinema Belgica. Its extensive database forms a starting point for everyone who wants to dive into the history of cinema in Belgium. Whether used as an encyclopaedia, an analytical tool, or a vehicle for exploration, the Cinema Belgica platform is a place where researchers and film lovers can find a wealth of information about cinema as a dominant entertainment industry and a lived, popular culture in Belgium from 1896 onwards.

Cinema Belgica’s database, which will be officially released in 2021, allows users to explore this history through six main entry points: films, cinemas, people, programmes, companies, and censorship (coming soon). The data itself derives from fourteen existing datasets covering key aspects of film production, distribution, exhibition, programming, censorship, and reception. In 2018, an interuniversity infrastructure project was set up between the University of Ghent, the University of Antwerp, and the University of Amsterdam to integrate these different datasets into a single database.

This integrated database, Cinema Belgica, also aims to enrich these datasets with collections of partner institutions that preserve cinema heritage, such as posters, reviews, photographs, and historical newspapers.  Some programming pages will contain a snapshot and hyperlink to the historical newspaper Dagklapper Vooruit where the original programming information was published. Linking this historical source to our data has been made possible by our partner institution, Universiteitsbibliotheek Gent. Note that due to copyright and related rights these images can only be viewed within the UGentNet.

A mosaic of stories about the history of cinemagoing in Belgium will further contextualize the different kinds of information contained in the database and help users navigate through its various possibilities.

By making the data accessible on an open access platform, Cinema Belgica will facilitate the (inter)national exchange of information and comparative research into the history of cinema. Researchers will be able to make use of different tools integrated into the data platform to facilitate their research. Researches and institutions are encouraged to use or integrate our identifiers in their own projects to make future linking possible.

In its data management, Cinema Belgica adheres to the FAIR data principles. This ensure that its valuable research resources will be findable, accessible, processable, and reusable for future generations of film historians in Belgium and beyond. The FAIR principles also reflect in the data management platform, which is designed to be reusable for other research projects in arts and humanities.

A database is never exhaustive, nor is Cinema Belgica.  Our information can always be improved. If you find any errors in the data, if you would like to donate existing datasets or participate in Cinema Belgica  you can contact us via info@cinemabelgica.be or download our press kit.